Sync interval: 1 minute
The folder in question isn’t being synced by any other app

I just started using the desktop app to see how it works after having had great experience with MEGA’s sync. I added a sync pair of one of my local folders into the cloud and started testing a few stuff to see how the program handles various actions, since I’m considering one of the Black Friday deals.

This folder at the time had 2 zip files between 2-3 GB each, also I was downloading 2 additional zip files with similar sizes from a 3rd party website. The original 2 files were uploaded to my Icedrive previously by myself, and when I added the sync pair nothing happened, which is expected since the files were identical.

When I renamed both of the existing files (the 2 new ones were still in the downloading process) they failed to sync this to Icedrive. One of the renamed files was in the process of uploading to the synced folder but the original in the cloud wasn’t renamed. The other file was in the process of downloaing from Icedrive, even tho both of these files exist on the cloud and locally, and I only changed their filename.

What could have been the issue here? Since this I tried a few other stuff and renaming files now do update just the file name on the other end of the sync pair, whether I do it locally on through the web dashboard

What are your sync settings? Is icedrive configured to detect renames? It might be that you need to change you polling interval, since it’s not continuous. 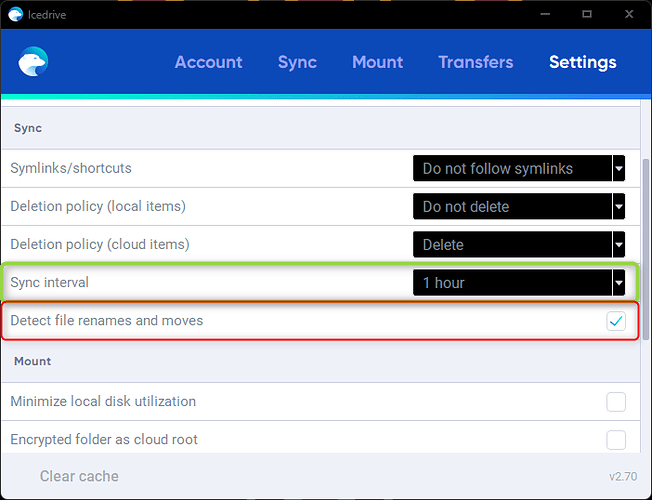 I took the screenshot just now but everything was the same at the time of testing, except the sync interval which was set to 1 minute 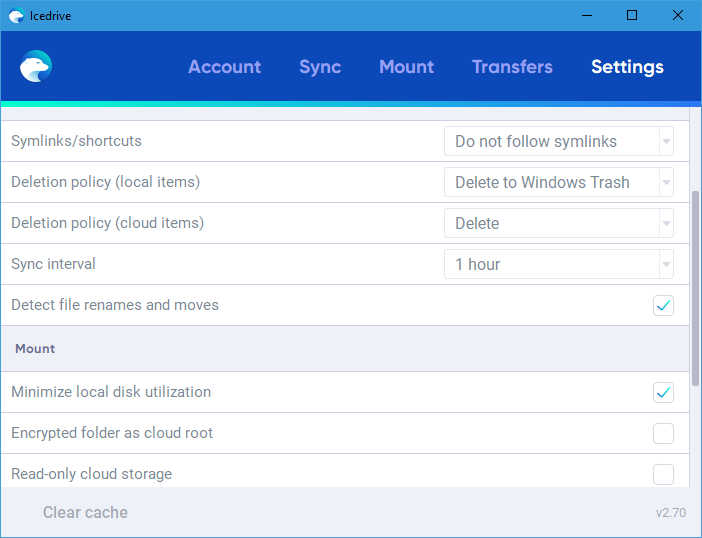 I’m just guessing here, but it seems to be that particular icedrive option doesn’t work very well. In fact, if I were them I’d just get rid of it. From what you’re describing, the checksum of those files had to have changed and that’s why icedrive is acting the way it is. If that’s the case, I’d expect nothing else. In my opinion, a hash check is safer than a simple filename check.

I don’t know the technical side of it, I just wish it worked perfectly. It was not a good first impression unfortunately

I’ve been messing around with it on my PC at work and I couldn’t recreate this issue. The renaming of various files across the cloud and locally sync correctly to each other. I don’t know what went wrong the first time yesterday